The Factory for new Ideas with Great Innovative Power

InnoMedica has built a broadly diversified product pipeline based on its nanotechnology platform. All pipeline products share in common that no new molecules are used, but instead substances with a known efficacy profile.

This approach is interesting both from a medical perspective as well as from entrepreneurial risk and return considerations. The therapeutic effects of these substances are significantly improved by combining them with the liposomal nanocarrier and by biological fine-tuning. This approach enables the design of drugs with a high chance of success in translation and that promise large therapeutic benefits. In addition to Talidox (oncology) and Talineuren (neurology), InnoMedica is currently developing a second drug against cancer, a drug against arteriosclerosis, and a contrast agent to mark tumours for more precise surgical removal. In a joint project with the University of Bern, InnoMedica is also pursuing a nanomedical approach to combat resistant strains of bacteria. Furthermore, in the field of infectious diseases, InnoMedica successfully delivered proof-of-concept for the Corona vaccine with TaliCoVax19 in autumn 2020, demonstrating that the vaccine prototype can elicit the desired immune response in the serum neutralisation test. The rapid response to the pandemic situation impressively demonstrates the potential of nanotechnology as well as the high flexibility and adaptability of the company thanks to its own nanofactory. By intertwining its research activity with the in-house production department, InnoMedica can innovatively adapt its technology to new requirements, and produce it in large quantities.

InnoMedica’s Product Pipeline at a Glance

Other applications are explored in collaboration with research teams. By using the technology platform, a wide variety of active agents can be optimized resulting in better efficacy with less side effects.

Oncology groups chemotherapies into two substance classes: anthracyclines (e.g. doxorubicin) and taxanes (e.g. docetaxel or paclitaxel). These substance classes have different mechanisms of action. Doxorubicin as used in Talidox prevents cell division by penetrating the genetic material such that it can no longer duplicate itself during cell division. Taxanes on the other hand destroy the cancer cell by forming abnormal molecules in the cell skeleton. With the development of a docetaxel nanocarrier, InnoMedica has added a representative of the second class of chemotherapies to its pipeline. InnoMedica can draw on the innovative production process for chemotherapy nanocarriers established during the Talidox development.

The docetaxel nanocarrier has rendered convincing results and outperformed treatment with free docetaxel in first efficacy studies in animal models. In the preclinical studies, an Abraxane treatment group was furthermore included as additional comparator. Abraxane is an albumin-paclitaxel nanoparticle that is regarded as the new standard in taxane chemotherapy and generates more than USD 1 billion in annual sales worldwide. InnoMedicas docetaxel nanocarrier was able to achieve the same effect as Abraxane at a third of the dose administered. Indeed, the high dosage required with Abraxane led to serious side effects and caused an early trial end for this group.

In another preclinical study with the same two comparators, an everyday surgical situation was simulated. A patient diagnosed with cancer usually undergoes surgery to remove the primary tumor and all detectable metastases. For the treatment of possibly existing, invisible metastases, the patient will typically receive postoperative chemotherapy treatment. This adjuvant chemotherapy is a common scenario and is intended to reduce the likelihood of a new outbreak of the disease. In InnoMedica’s experiment, the tumors were surgically removed after a growth phase and the mice were then treated. InnoMedicas docetaxel nanocarrier was the only treatment that prevented tumor growth.

These promising study results indicate the great potential of InnoMedica’s nanotechnology, which in a preclinical setting was able to outperform one of the most successful and advanced drugs currently available on the international pharmaceutical market.

Diagnosis of cancer at an early stage of tumor development often leads to a much more positive course of the disease, while late diagnosis usually complicates treatment. In colorectal cancer, tumor diagnostics has proven a major breakthrough. The removal of a polyp before metastasis is a commonly used preventive measure that can prevent subsequent malignant development. However, many tumors are much more difficult to find. Therefore, a nanotechnology tool for simplified identification of tumor tissue is to be made available to surgeons.

InnoMedica has developed a technique for the experimental investigation of the biodistribution of nanocarrier prototypes in the body, in which the nanocarriers are marked with a color molecule. Infrared light makes the distribution of the nanocarriers in the different tissues easily visible. InnoMedica’s contrast agent nanocarriers enable color-coding the tumor tissue of cancer patients for surgical removal. Without color coding, distinguishing between healthy tissue and tumor tissue is often difficult for the operating surgeon. Such a universally applicable contrast agent would provide an improved basis for decision-making to the surgeon for the precise removal of tumor tissue.

A similar approach, loading radioactive particles, could also be used as a screening method to test whether, for example, treatment with Talidox leads to increased accumulation in the tumor - irrespective of the actual indication. These diagnostic nanocarriers could thus reshape current approval mechanisms for InnoMedica's therapeutic products, making treatment broadly applicable rather than limited to individual indications.

In collaboration with a research group from the John A. Burns School of Medicine, USA, InnoMedica investigated a nanocarrier whose surface was modified with specific sugar chains for targeted delivery to inflamed cells as they occur in arteriosclerosis. In arteriosclerosis, pathological deposits of cholesterol esters and other fats appear in the inner wall layer of arterial coronary vessels.

In addition to several cell experiments and the analysis of the biological distribution of the nanocarriers in animal models, the research group also investigated the therapeutic applications of liposomal nanotechnology in animal models. The results show that InnoMedica’s nanocarriers deliver the therapeutic substances forskolin/rolipram to the arteriosclerotic plaque zone. Within the experimental group receiving InnoMedica’s nanocarrier, plaque size decreased significantly. Furthermore, inflammatory reactions were also precisely addressed and the regeneration of the arterial blood vessels was promoted. The detailed results were published in “Nature Communications” and can be found in Baumer, Y., et al. (2017), Hyperlipidemia-induced cholesterol crystal production by endothelial cells promotes atherogenesis, Nature Communications, 8: 1129.

InnoMedica’s research department has been able to achieve promising first results in neutralizing bacterial infections without the use of antibiotics. In cooperation with the University of Bern, a liposome was developed that is able to neutralise the cytotoxins of the bacterial strains Clostridium difficile, Campylobacter jejuni, Escherichia coli, Vibrio cholerae and many more. In preclinical studies, the infection was stopped and the healing process could begin.

Bacteria must be able to bind and adhere to cell structures in order to trigger an infection. InnoMedica’s nanocarriers use the same structures in massive numbers, thereby like a dummy distracting the bacteria away from the human cells. Since the bacteria cannot distinguish between liposomal dummies and human cells, they bind to the liposomes and the infection can be stopped.

Interestingly, the nanocarriers can differentiate between the desirable bacteria in the body and the pathogens, e.g. leaving the intestinal flora intact in an intestinal infection. Only the adverse bacteria are rendered harmless and removed. Normal antibiotics cannot achieve this distinction and often lead to the unwanted loss of the body’s indispensable microbes. This can lead to considerable problems. Furthermore, the formation of resistance mechanisms in the pathogens is also a persistent problem with antibiotic therapies that may be addressed with these nanocarriers. 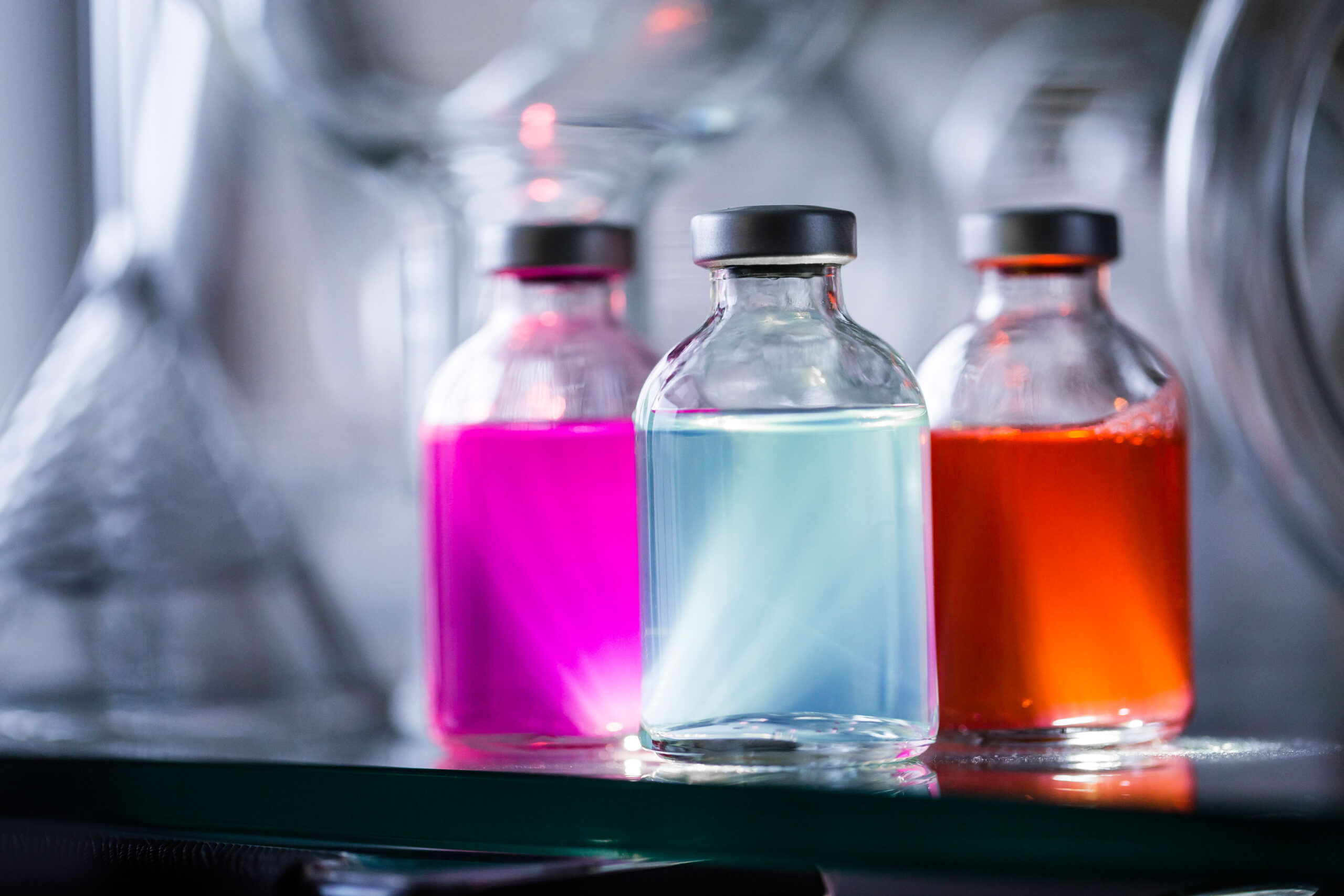 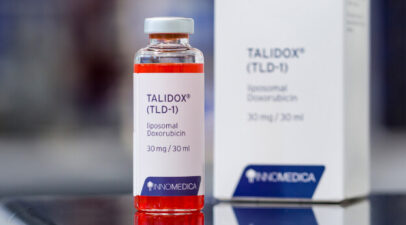 This highly effective chemotherapy can convince even in late-stage cancers. Talidox substantially improves the benefit/side-effect profile without causing any serious side-effects. 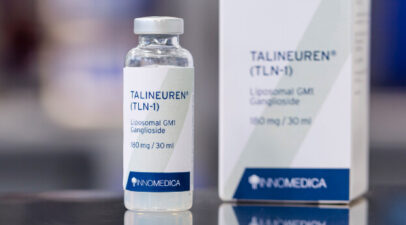 Fostering regeneration instead of merely preventing degeneration – InnoMedica’s novel and innovative therapeutic approach introduces a paradigm shift to neurology. It promises to revolutionize the therapeutic prognosis for patients with Parkinson’s Disease or Amyotrophic Lateral Sclerosis (ALS). 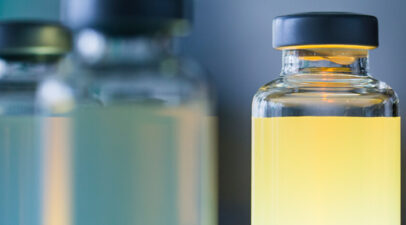 By developing a vaccine against Covid-19, InnoMedica takes responsibility as a pharmaceutical company and reacts quickly to the volatile pandemic situation thanks to its flexibility, immunological competency, and own manufacturing facility.